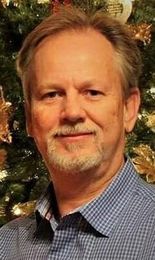 Eric graduated from Phillipsburg High School in 1981, and from the University of Kansas, School of Pharmacy in 1989. He also received the Pfizer Award for excellence in community pharmacy internship and professional service. Eric worked at Dillon's Pharmacy for two years before he returned to his hometown and started working at the family business. He is the third generation pharmacist at Witmer Drug. Eric was named Distinguished Young Pharmacist of the Year by the Kansas Pharmacists Association in 1993. Eric and Steve Schick purchased Witmer Drug from Jack & Helen Witmer in 1997.

He married his wife Susan in 1991. He enjoys golfing and spending time with his wife and 3 children.

Steve is a 1980 graduate of Phillipsburg High School, a 1982 graduate from Dodge City Community College, and a 1986 graduate of the University of Kansas, School of Pharmacy. He returned to his home town of Phillipsburg and started working as a pharmacist at Witmer Drug for Jack Witmer. In 1997, he became partners with Eric Witmer and they purchased Witmer Drug from Jack & Helen Witmer. Steve likes to attend NASCAR races and help out on his family's farm. He also enjoys attending his niece's and nephew's school events. 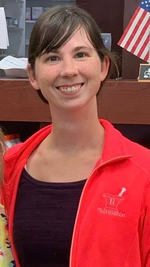 Bailey grew up in Agra and graduated from Phillipsburg High School in 2012. She graduated from the University of Kansas School of Pharmacy with a Doctorate of Pharmacy in 2019. She is married to Anthony, who works on the family farm. Her hobbies include golfing, reading, and spending time on the farm.